Three Tips For Making An Appetizing Summer Sausage Meal Yourself

Beef summer sausages are tasty, resistant to spoiling, and relatively easy to make. In particular, the wide variety of meat mixtures that you can use makes sausage making a great way to get rid of scrap meat from other meals. To make the most appetizing summer sausage meal that you possibly can, don't forget these three tips.

Ensure That Your Meat Mixture Is Dominated By One Meat

A generic mishmash of different types of lunch meat may taste alright, but summer sausage made in this way will never meet its full potential. Instead, use quality beef for more than half of the mixture to produce a stable flavor that's creatively modified by whatever is left.

However, there's no meat that's particularly suited to be the main secondary ingredient in summer sausage. Both chicken and pork are equally viable. When you're able to choose between them, your individual preferences should be the most important deciding factor.

As long as there's only a small amount of it, a third type of exotic meat such as bison or pheasant will only further enrich your sausage's flavor.

Add Just Enough Spices To Enhance Flavor Without Overwhelming It

Salt, pepper, garlic, and even sugar are all great seasoning ingredients that go well with summer sausage. As is the case with the meat itself, a variable mixture dominated by one spice is most effective at increasing flavor depth.

But, while you need to add enough seasoning to draw out the contrast between multiple ingredients, it's very easy to add too much and make your sausage too sweet and salty. A good rule of thumb, then, is to immediately stop adding seasoning as soon as you can smell it from about a hand's length away.

Crackers provide a solid base for summer sausage slices and significantly improve taste. Depending on how stiff your crackers are, they can also add a lot of textural appeal to a meal.

Don't add too much salt to your summer sausage if you're planning on eating it in slices with already salted crackers. If you're making sausages after buying crackers, it's also never a bad idea to make sure that both of them will be roughly comparable in width.

While summer sausage may seem like a very simple recipe to make, you still have to pay attention in order to avoid a few preparation pitfalls. Cooking is only half the battle; it's equally important to apportion your different flavors for the best possible effect. 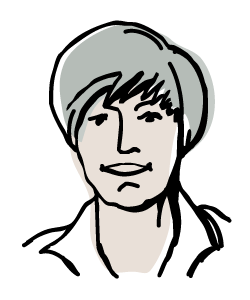 My name is Cheryl Marcum and if you have a fondness for cooking, you'll really like reading this blog. Everyone in my family loves to cook, so it wasn't uncommon in our household for every member of the family to be in the kitchen at the same time. My parents would encourage my siblings and I to try new recipes and create our own dishes from scratch. In this blog, I'll give you tips and ideas for making dishes that your whole family will love. I'll also share some of my recipes that have been crowd pleasers for years. I'll also tell you how you can be more efficient in the kitchen, especially when you're making a big meal. I hope that my blog inspires you to expand your knowledge of cooking.

Read in about 2 Minutes